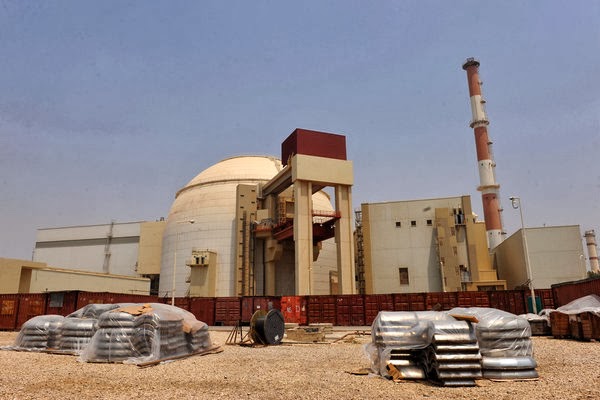 The reactor building at the Russian-built nuclear power plant in Bushehr, Iran, is shown in August 2010, when the first fuel was loaded at the site. Iran and six world powers have been in negotiations aimed at preventing Iran from developing a nuclear weapons capacity. (Iran International Photo Agency / August 21, 2010)


US: Deal To Implement Iran Nuclear Deal Near -- CNN

Washington (CNN) -- The United States dismissed a report that an agreement had been reached between Iran and world powers to begin implementing a deal that requires Tehran to limit its nuclear program.

The announcement followed a report in state-run Iranian media that a deal had been reached in negotiations between Tehran and the six world powers, including the United States, to begin implementing the agreement in late January,

"We've made progress in our discussions, and the teams have taken a few outstanding points back to capitals," State Department deputy spokeswoman Marie Harf.

"The two sides expect to finalize the implementation plan soon."

A senior administration official characterized the talks as ongoing.