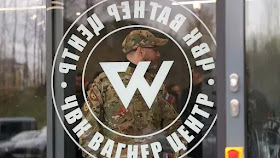 TikTok is hosting dozens of videos that glorify violence by Russia's Wagner Group of mercenaries and they have been viewed more than a billion times, according to a new report.

Wagner has sent mercenaries into Ukraine in big numbers. US-based NewsGuard, which focuses on online misinformation, says some of the videos appear to show the execution of a former Russian mercenary. TikTok has said it will act against any content violating its policies.

NewsGuard said it had identified 160 videos on the short-video platform that "allude to, show, or glorify acts of violence" by the mercenary group, founded by Yevgeny Prigozhin, a close ally of President Vladimir Putin.